Beyonce performs at a Get Out the Vote concert for Democratic presidential candidate Hillary Clinton at the Wolstein Center in Cleveland, Friday, Nov. 4, 2016. (AP Photo/Andrew Harnik)

The Grammy Awards are sipping all of Beyonce’s lemonade.The pop star is the leader of the 2017 Grammys with nine nominations, including bids for album of the year with “Lemonade,” and song and record of the year with “Formation.” The singer, who already has 20 Grammys, is also the first artist to earn nominations in the pop, rock, R&B and rap categories in the same year.

Behind Beyonce are Drake, Rihanna and Kanye West, who scored eight nominations each.

Like Beyonce, Adele is also nominated for album, record and song of the year. For album of the year, “Lemonade” and “25” – which has sold 10 million copies in a year – will compete against Drake’s multi-hit “Views,” Justin Bieber’s redemption album “Purpose” and surprise nominee “A Sailor’s Guide to Earth,” the third album from respected and rebellious country singer Sturgill Simpson.

Beyonce’s “Formation” and Adele’s “Hello” are up against Rihanna and Drake’s “Work,” twenty one pilots’ “Stressed Out” and Lukas Graham’s “7 Years” for record of the year. “7 Years” is also up for song of the year – a songwriter’s award – battling Bieber’s “Love Yourself,” co-written with Ed Sheeran, Mike Posner’s “I Took a Pill In Ibiza,” as well as Beyonce and Adele’s songs. “Artists are feeling emboldened and courageous and just wanting to step out of the predictable boundaries of what they have done. Of course, (Beyonce) is the poster child for that,” Recording Academy CEO and President Neil Portnow said in an interview with The Associated Press.

“I think this is beyond sort of the sympathy vote, because sometimes you’ll see those kinds of things happen just ’cause people feel sorry about it. But listen to (his) album – it’s quite extraordinary,” Portnow said of Bowie.

This year the Recording Academy allowed streaming-only recordings – released on paid-subscription platforms like Spotify, Apple Music and Tidal but not for sale on iTunes – to be eligible for nominations, giving Chance the Rapper a fair chance. The breakout performer scored seven nominations including best new artist, pitting him against country singers Maren Morris and Kelsea Ballerini; singer-rapper Anderson Paak; and pop-EDM duo the Chainsmokers, whose recent hits include “Closer” and “Don’t Let Me Down.”

Chance the Rapper earned three nominations for best rap song: His hit, “No Problem,” is nominated, and he has writing credit on the Kanye West songs “Famous” and “Ultralight Beam.” West will compete with himself in three categories: best rap song, rap performance and rap/sung performance.

Chance’s “Coloring Book” and West’s “The Life of Pablo” are nominated for best rap album along with Drake’s “Views,” De La Soul’s “And the Anonymous Nobody,” DJ Khaled’s “Major Key” and Schoolboy Q’s “Blank Face LP.”

Sturgill, who had been nominated for best Americana album at the 2015 Grammys, also sees his nine-track album nominated for best country album. Sturgill was in a bit of controversy this year when he posted on Facebook that the Academy of Country Music Awards should not have created an award named after Merle Haggard when he felt they never showed true love to the country outlaw, who died this year. He closed his long post saying: “(Expletive) this town. I’m moving.”

Some well-known acts scored their first Grammy nominations Tuesday, including Solange, Blink-182 and Demi Lovato, who will compete against Adele, Bieber, Sia and Ariana Grande for best pop vocal album. 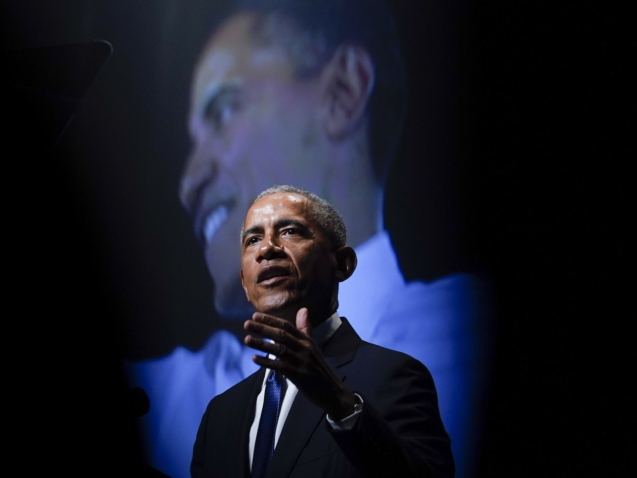